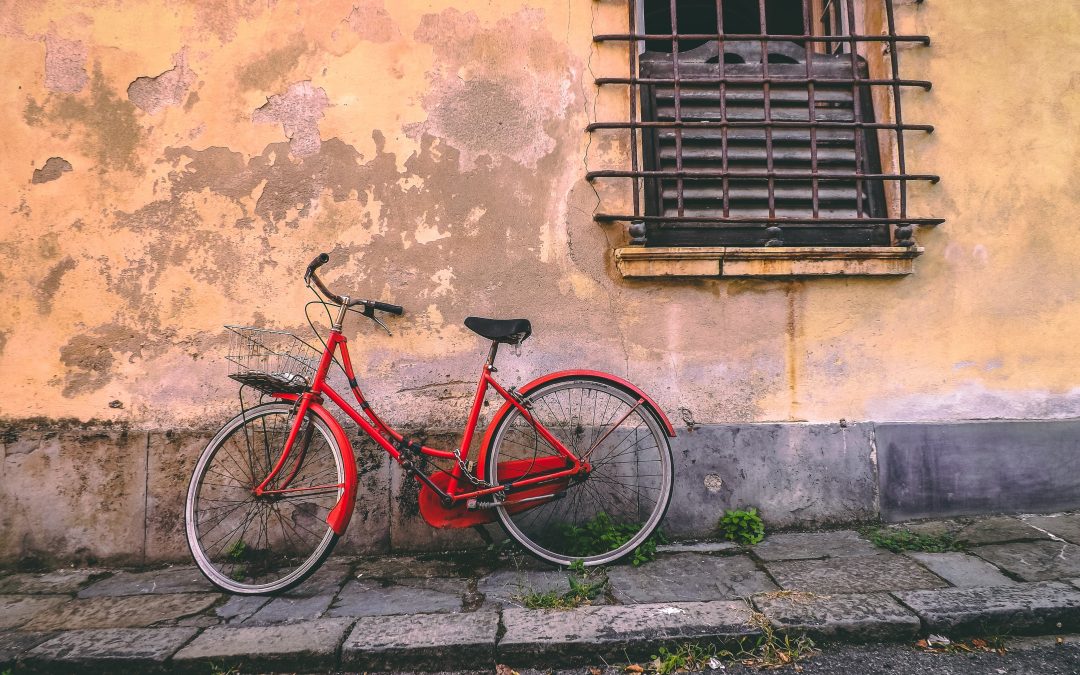 I remember when I first read David (Paul) Yonggi Cho’s book on faith (The Fourth Demension) in my very early years of pastoring. I was excited to have found a faith stirring and expanding way to pray with effects. I no longer have the book but if I remember the story correctly, at one point, he talked about needing a bicycle to travel around town on and when he prayed and he asked the Lord for a bicycle, but the Lord told him to speak it into existence.

So, Cho began to declare the existence of a bicycle. He did so for some time with no effect. Then, Cho asked the Lord why He had told him to speak the bike into existence, but it had not manifested. The Lord told him that he had been unclear and undecided on a bicycle. The Lord asked Cho how he thought the creation of the earth would have turned out if He’d just said, “Earth be.”

As I remember, Cho thought long and hard on this question and decided he wanted a bicycle from a U. S. manufacturer so that when he decreed its existence, he could describe it precisely. Not long after he’d begun to do so, a bicycle that was exactly like the one he had seen in his heart was given to him by a missionary.

When we understand that “faith is the substance of things hoped for and the evidence of things not seen,” we can then “see” with the faith’s image and then “call into existence things that are not as though they were.”

The Father of lights has given us the perfect gift of an “image-maker” mind. We ought to use it in every expression of our prayer of faith.

When you look at a map you naturally try to see – visualize – what those places look like, or if you have already been to the places you are looking at on the map, then you image what those lines on the map paper mean with real life imagery. Thus, when I pray for a region, a city, or even a home or business, I like to use a map when possible. Then, when I declare good things I can also image the changes that take place and I can actually feel my faith growing.

When I pronounce the justice of heaven toward something, someone, or somewhere, I make the image of justice send back evil injustices and see liberty manifest. I have the wonderful gift of the “image-maker” inside my heart and I can see that which is unseen. Then I can call into manifestation, that liberty that I “see.”

The most effective way to see people come to a church service or meeting is to decree their paths to the meeting to be unhindered. For decades, I have taught people of prayer to find a cool photo of a long “pathway” so they can decree the paths that lead to a church service or conference meeting are free of all obstructions while gazing at the picture. Personally, I sometimes see robbers on the pathway with will steal the good benefits they would receive from the meetings, or I may see a rockslide or sinkholes along the way. My decrees chase away the thieves, clear the path and fill the holes in the roadway.

When I pray for the people during an offering, I usually see them without restraints or restrictions of any kind, reserving their generosity. Then I see them turn from the altar and the blessings from heaven coming into them in many ways. Thus, I don’t think anyone has ever been made sorry for their generosity towards, our ministry.

I receive lots of prayer requests from people and pray for many in church services. I always put my “image-maker” to work and my faith becomes strong. For instance, I have seen hundreds with thyroid issues. Because of such a repetitive problem, I went to WebMD and got a photo of the thyroid so that I can pinpoint the powerful prayer of faith directly at the problem. I can then “see” the power of the justice of heaven going into the person’s thyroid and restoring that thyroid gland to its proper state. Some have had their thyroid removed, so the “image-maker” allows me to see a healthy new gland for the person. It may seem a small thing to have the tool of a photo of a body part, a gland or an organ – and it’s not some magical thing that goes to work here. It is simply an initiation of the gift of the “image-maker” that the Creator has placed within our hearts and it is that which causes my faith to be strengthened for others.

Jesus said, “Amen. I say to you, whoever says to this mountain, ‘Be taken up and cast into the sea,’ and does not doubt in his heart, but believes that what he says is going to happen, it will be granted him.” – (Mark 11:23) I think it is possible for us to understand this as our believer being our “image-maker” – that is, we image the result before it takes place.

People don’t usually need to be moving actual mountains, but they have mountainous problems, (figuratively speaking), to get rid of in their lives. When I pray for them, I see those mountains of torture being resolved and washed away to the sea.

I have sometimes seen cancer, in people I’m praying for, like the giant Goliath. My pronouncements of the healing power of Jesus Christ are like the stone from David’s sling. It’s the killer rock that cancer never counted on.

I could go on and on, but I think you are understanding my presentation herein. Jesus said to Nathanael, “You will see angels ascending and descending upon the Son of man.” Nathanael was seeing from that day forward. I’m not making a seer out of every faith believer, except that faith, which sees, is available to all. All are not seers, but all have the “image-maker” on the inside of them to enable them to “see” what is not seeable by anyone else.

Seeing faith comes from the “image-maker” and seeing faith moves mountains, kills giants, walks on water, heals the sick, raises the dead, causes the blind to see, the deaf to hear, the lame to walk and “sees” the multitude come into the blessings of the Kingdom of heaven.

I have an “image-maker” and I know how to use it!

we'll occasionally send you an article, announcements about new books, news, and FAQ's